Solidarity to India from Finland 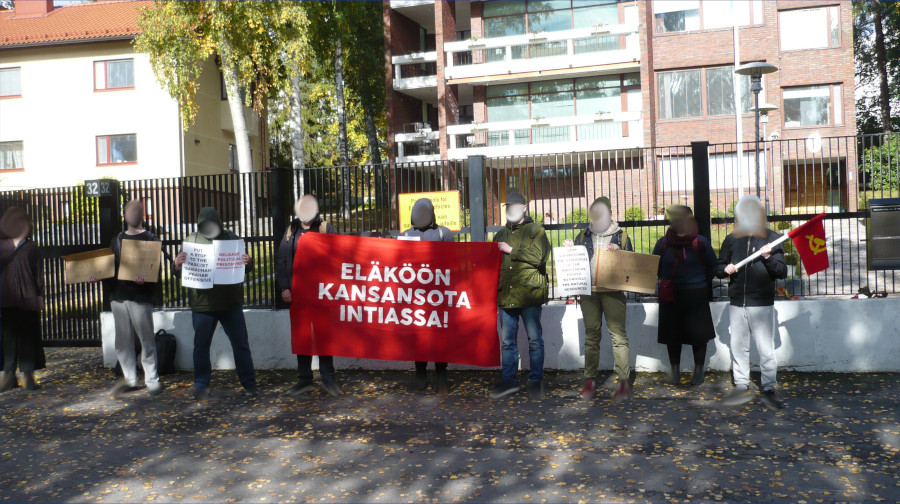 On Saturday, September 19th, there was a demonstration in front of the Indian embassy in Helsinki. Speech delivered in the demonstration denounced the old Indian state and highlighted the importance of international and prison solidarity. Also a Finnish song “Punavangin laulu” (“Red Prisoner’s Song”) was sung. The demonstrators shouted slogans like “Release all political prisoners in India!”, “Long live the People’s War in India!” and “Forward in building the international anti-imperialist front!”

The demonstration went peacefully and drew a lot of attention from bypassers.

Signs brought to the demonstration

Organization called the “Communist Youth” held an event about the People’s War in India, on Tuesday, September 13th. There was an introductory presentation and the movie “Red Ant Dream”. 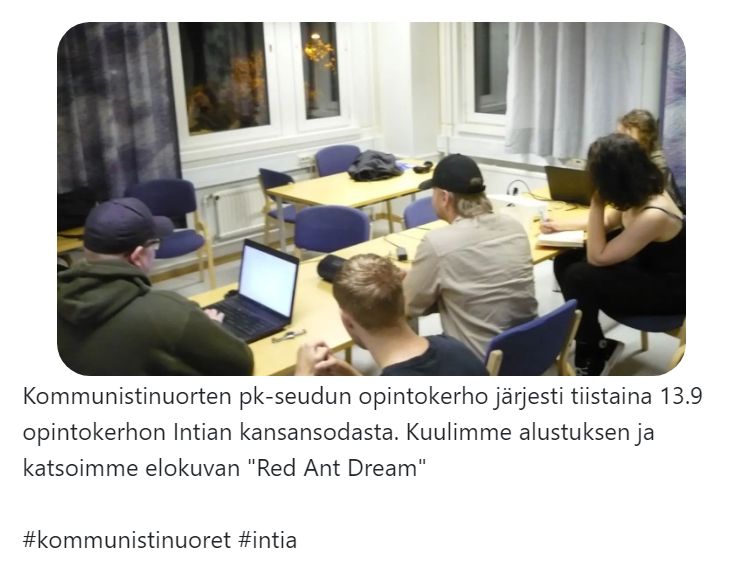 Also we have received reports about posters and flyers distributed in Helsinki. 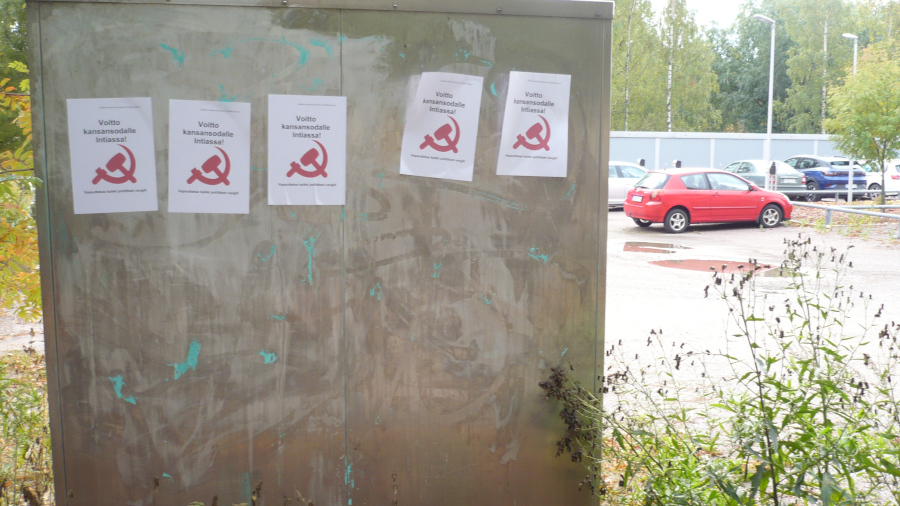 “Victory to the People’s War in India!” 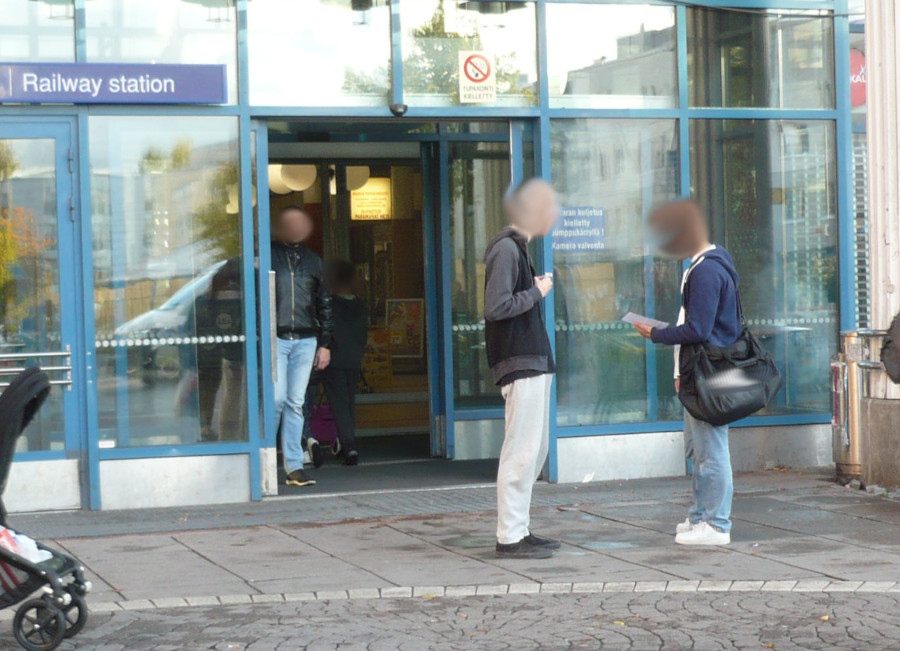 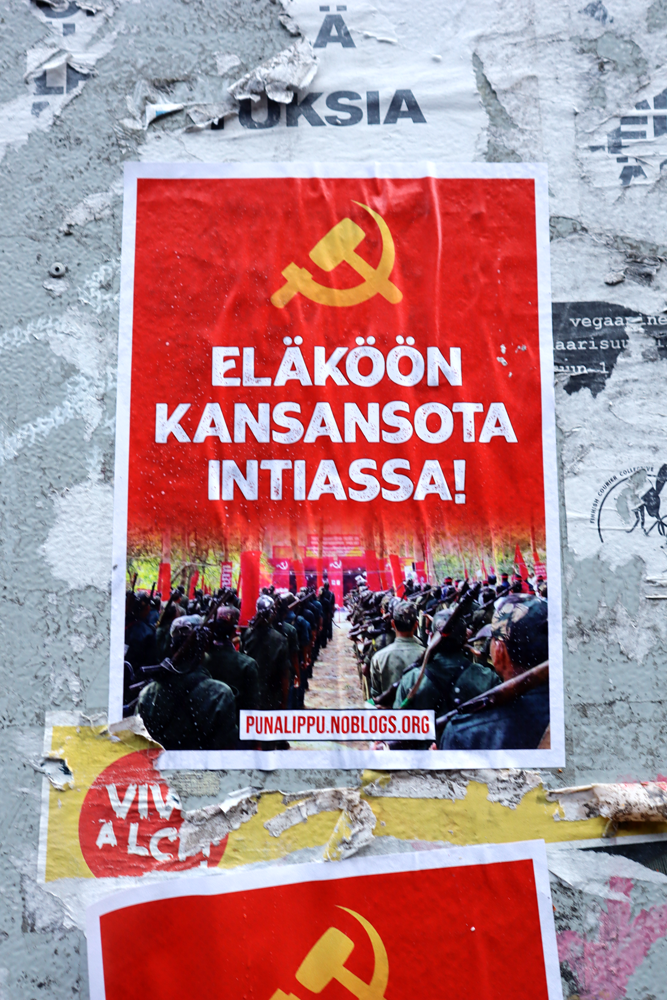 We publish pictures sent to us of posters distributed in Tampere as an answer to the call by the Communist Party of India (Maoist) to join the international Action Week (13th to 19th September) for the release of political prisoners and to end the anti-people drone strikes. 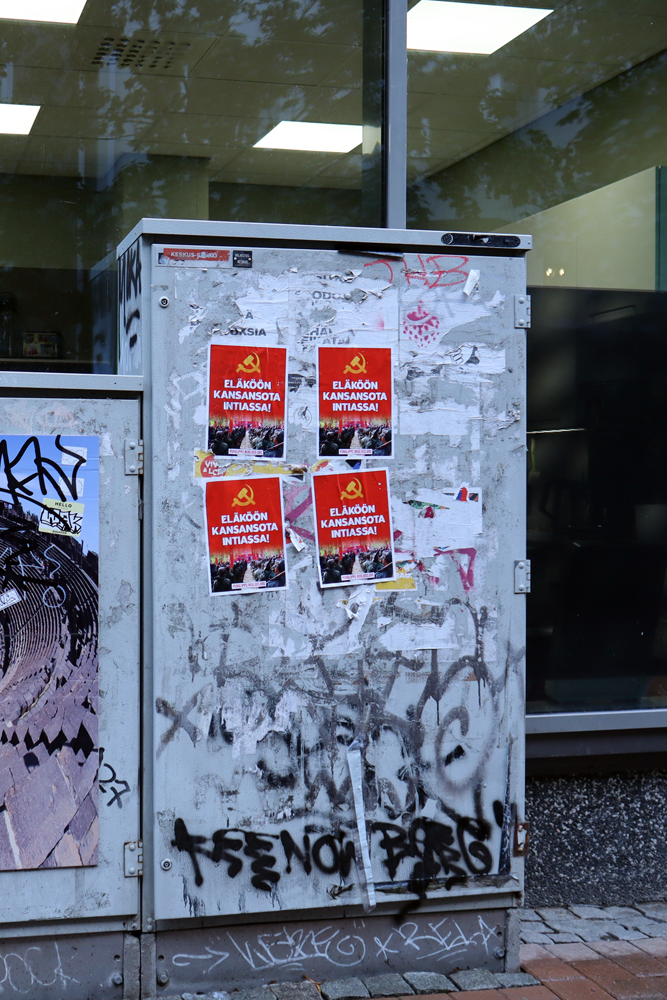