The reaction is militarizing in the Nordic countries

We want to publish this English translation of this recent piece due to the interest regarding inter-imperialist contradictions in the Nordic countries. The text itself is only a brief commentary on the issue. 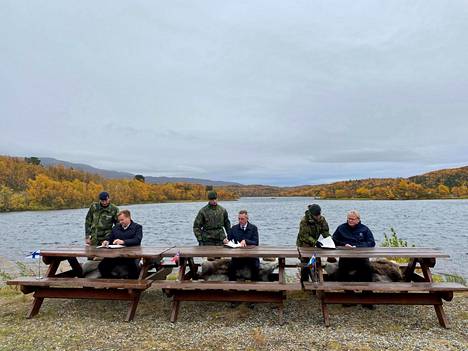 At the same time Sweden intends to increase its military expenditure by as much as 40% in the years 2021-2025, which is the largest increase since the 50’s. In the amount of money this means 23 billion crowns which is 2,6 billion euros. The number of conscripts is increased to 8000. Additionally, the government of Sweden has given a call for the defense forces to increase military cooperation, in addition to the Nordic countries, with Britain and NATO.

In Norway in turn, the government has accepted new long-term defense plans for the first time since the year 1968. This has been done in cooperation between the prime minister, the justice minister, as well as the defense minister, which is for the first time and indicates the mixing of civilian and military sectors. Its main focus is in the Arctic Ocean, and it intends to increase the number of NATO exercises in the naval base of Ramsund. Monetarily, it has decided to increase the defense expenditure by 2 billion crowns per year for eight years, i.e. 16,5 billion crowns (1,5 billion euros) by the year 2028. It intends to increase the personnel of the army by 2500 from the current less than 9000 and the number of personnel in military service by 3700 from the current over 9000.

In the bigger picture we see the so-called Arctic Council, through which imperialists compete over who controls which part of the new naval routes opening due to the melting of the pole glaciers and of the oil wells revealed from under the ice. The Arctic Council is not functioning as an institute of investigation against climate chance, but instead they strive to benefit from it. Despite of all the climate agreements and programs, the aim is maximizing profits and hunting resources. Principally that struggle in the region is between US and Russian imperialism. Not long ago, the United States tried to buy Greenland from Danish imperialism subordinating it, but this failed as it opened a consulate in the capital city Nuuk. Russia responded to this by opening its own consulate at another colony of Denmark, the Faroe Islands. In the region, especially Denmark and Norway matter. Denmark and Norway, which both are NATO countries, have close military cooperation otherwise as well.

Another geographic fact is the location of big cities of West-Northern Russia, especially Saint Petersburg, at the coast of the Gulf of Finland, which creates military importance especially to Finland and Estonia with their archipelago but also to other countries of the Baltic Sea. Thus the Nordic countries have for geographical reasons, especially via the Arctic Ocean and the Gulf of Finland, importance in the struggle between US and Russian imperialism, in which the USA strives to encircle Russia. The small imperialisms of the Nordic countries only exist because bigger imperialist powers, principally the superpowers, can’t reach full agreement on sharing the loot.

The intensifying armaments race in the Nordic countries develops as a part of the inter-imperialist struggle and alliance. Each country increases its military expenditures and arms race aiming for a greater share of the loot at the expense of others or to at least keep its current share. Their struggle is absolute and permanent, whereas alliances such as the “Nordic cooperation” are relative and transient with the purpose of increasing the commonly shared loot. In this treacherous alliance the positions of the countries is determined by their might, the size of which is affected especially by military factors such as weapons and geography. That the struggle over sharing the loot within the alliance is developed so clearly and flagrantly despite the corona, confirms this assessment and is exposing the deepening of the general crisis of imperialism.

The HX-project or the “Nordic cooperation” can’t be understood without understanding the context in which it takes place: the struggle and conspiracy between imperialists. All handing out of money to the military purchases of any imperialism whatsoever must be opposed and also the imperialist ”Nordic cooperation” and concealing its content with sugary orations about “Nordic values” must be opposed. The more the reaction militarizes, the more it produces weapons against itself, as the history of all reactionary wars, especially of the First and Second World Wars, have taught.

This entry was posted in International, Uutiset. Bookmark the permalink.